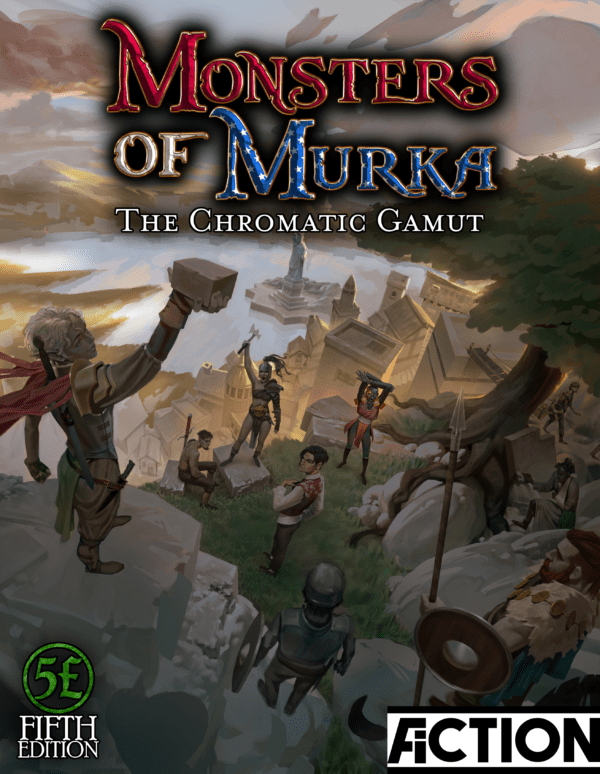 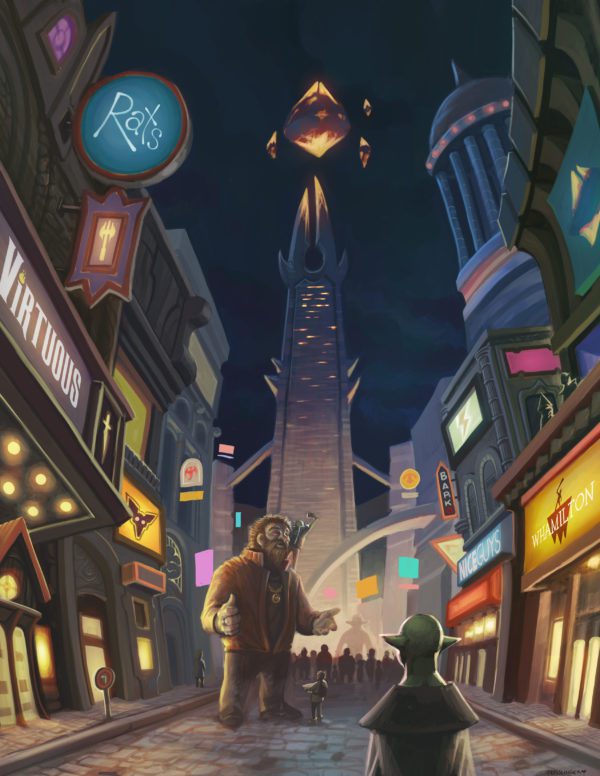 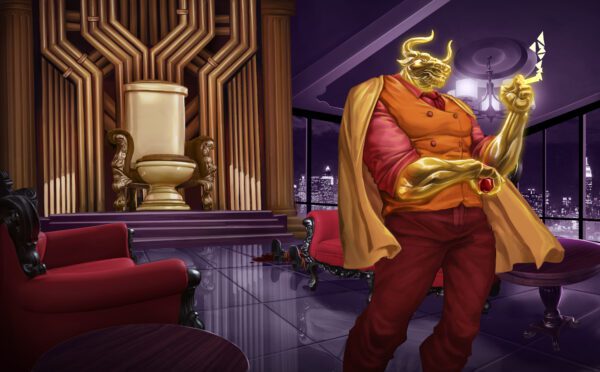 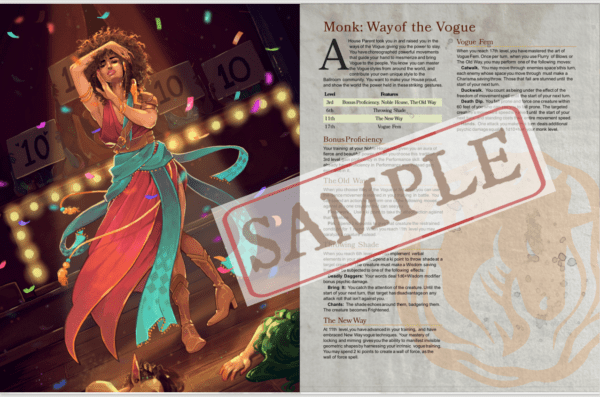 • 200+ page campaign setting
• 14 new playable subclasses (including Blood Hunters!)
• 30 new monsters
• New backgrounds ( like the Queer Archivists, Sapphic Poets, and Polycuties)
• New spells, feats, items, and artifacts
• New rules and options for everything from building and maintaining a community, to sidekick tracks, to feats, and factions!
• The chance to punch ‘phobes in the face with your awesome LGBTQIA+ (or ally) power!

Monsters of Murka: Chromatic Gamut was created as a queer-led and queer-designed supplement book for 5e that puts the players in a position to fight back against gentrification and the exploitation of queer creations by corporations. Something we can never have too much of in the world of 5e is queer, blatantly silly material. But just because our book is silly doesn’t mean we ignore real issues.

Magnamalus is Monsters of Murka’s hilarious, high-fantasy version of New York City—but, with an interesting twist. Many years ago, the Wall Stone Bill passed giving power back to the people and allowing any member of the LGBTQIA+, also referred to as the people of the Chromatic Gamut, to hold office and truly influence their city. Magnamalus became a safe haven for members of the Chromatic Gamut, where being out and queer is not only acceptable but encouraged.